Resilient Leadership From the Air

Posted by Carla Cheatham on Wednesday, May 29th, 2019 in Building team resiliance, The Power of Presence, Uncategorized | Comments (0) 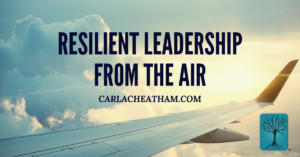 I’ve bragged about Southwest Airlines and their employees before. Here’s another reason to do so!

Finished my gig in Philly and am at the airport juggling flight cancellations and delays due to weather.

It’s meant I’ve been around the very patient, helpful, and kind gate agents more than usual as I waited for my flight plans to be rearranged and confirmed.

I watched as a gentleman walked around to all the gate agents in this part of the Southwest terminal, gave them each a hug and big smiles, did a genuine check in to see if they’re doing ok, and asked if they needed anything.

The interactions were brief, as folks were busy doing their respective jobs, but they were also authentic and connected.

You could tell it brightened the staff and they were equally authentic in the appreciation and respect they returned to him.

I assumed he was a manager, based on his behavior.

“Who, Mwanza? Oh, he’s not a Station Manager or anything. He’s one of our trainers. Every time he’s down here, that’s just what he does. He’s a good guy!” 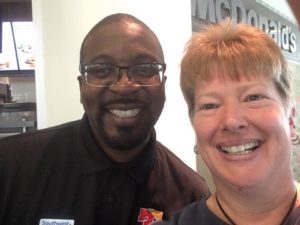 I had a few minutes, so I ran over and caught up with Mr. Mwanza Melvin to shake his hand.

I told him I teach and write about resilient leadership (the talk I just gave here in Philly) and how impressed I was with the care he gave his teammates and students.

We talked about service, leadership, and customer service. He says he trains team members to actually SEE every single person that comes though and to treat everything as a customer service moment.

He told me I made his day and that sometimes he wonders if what he’s doing really makes a difference.

I assured him that, based on what I had just seen, and what I know about co-creating healthy teams, it does and so does he!!

We were both all smiles as we parted. I’m sharing this with his permission.

Sometimes, the seemingly simplest things can make a moment, that turns into a day, that becomes a lifetime. Mwanza seems like one of those humans, and it made MY day just to watch him. 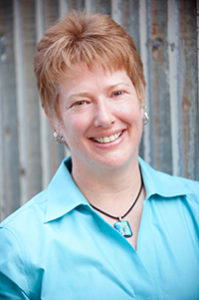 Rev. Carla Cheatham, MA, MDiv, PhD, TRT has served hospices as a chaplain and bereavement coordinator.  She’s the Section Leader for the Spiritual Caregivers Section of the National Hospice and Palliative Care Organization, Chair of NHPCO’s Ethics Advisory Council, and an adjunct professor at the Seminary of the Southwest and an Affiliate Associate Professor at the University of Maryland.  Through her Carla Cheatham Consulting Group, Carla provides training and consulting for professional caregivers nationwide.  She is the author of Hospice Whispers: Stories of Life and its companion volume, Sharing Our Stories: A Hospice Whispers Grief Support Workbook.  Her next book, On Showing Up with Suffering: Others’ and Our Own, is set to publish in 2019.